The latin name for the product that Tigernuts Traders mainly deals with is Cyperus Sculentus or Cyperus Esculentus. In Germany it’s known as Tigernuss or Erdmandel and in France as Noix Tigre or Souchet. 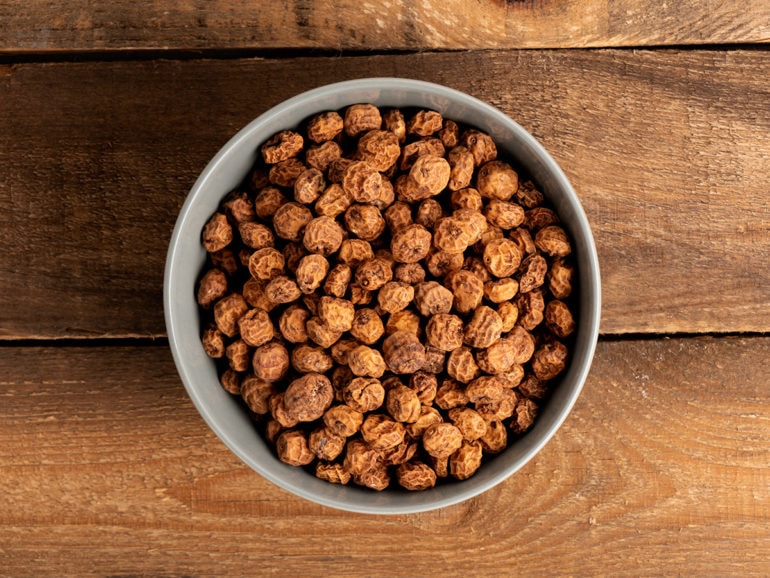 The Tigernut (cyperus sculentus lativum) or ‘Chufa’ as it is known in Spanish, is not actually a nut, but a small tuber. It was first discovered 4000 years ago and comes in several sizes. Tigernuts have long been recognised for their health benefits, as they are high in fibre, proteins, and natural sugars. The Tigernut is a tuber that has been used for centuries in an important part of Africa. The ancient Egyptians, one of the greatest civilizations of antiquity, already used this food for its magnificent healing and regenerative properties. Evidence of how valuable Tigernuts were for the Egyptians is given by the fact that Tigernuts were found in some sarcophagi, where it is known that the Egyptians were buried with their most valuable possessions. Since those times, or even before, different civilizations have given the Tigernut a fundamental role in a balanced and healthy diet.

Different studies have been conducted in Europe, where Tigernuts arrived with the entry of the Arabs in the Iberian Peninsula to remain and be cultivated in Valencia, guarantee the properties and intrinsic nutrients in this unique tuber, the benefits ranging from prevention of coronary heart disease (reduces bad cholesterol) to the regulation of intestinal function (for its high content of natural fibres).

The Tigernut has a rough, rounded shape and a certain earth-like colour, since it is buried there until it is removed for consumption. The plant has characteristic intense green leafs that can be seen very often in some fields of African countries and in some villages in the coastal Valencia. 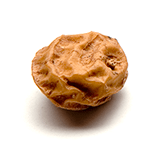 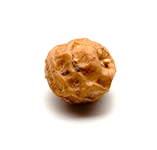 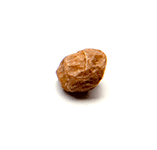 The traditional way of presenting Tigernuts has always been through the Tigernuts milk or horchata, a sweet, delicious and extremely popular drink in the Mediterranean coast.

Their other traditional use has been as a dried fruit or snack. The sweet taste of Tigernuts makes them a great snack.

Although they are hard as a result of being dried after harvesting, if soaked in water for about 4 hours they are rehydrated and become soft and tasty again. Ready to enjoy them anywhere! Our company can offer you Tigernuts any time of the year in different shapes and sizes suitable for a use or another.

Our desire to offer innovative products of high quality led us to invest constantly in R+D+I.

Fruit of this effort, which we at Tigernuts Traders consider as necessary, is a range of new products: Tigernuts flour, which is ideal for people with celiac disease, diabetics and for confectionery in general. Tigernuts oil, which is a perfect complement to prepare salads and cook with very few oil, furthermore, as antioxidant it is excellent for natural cosmetics. And Skinned Tigernuts, that are a revolution in the world of this tuber, as it allows you to enjoy the tasty core of the Tigernut.

In the future our product range will increase even more, since our R+D+I keep on looking for new applications of the Tigernuts in order to satisfy all your needs.

Tigernut cultivation requires sandy soil and a mild climate. As such, the geography of Valencia, situated on the Mediterranean coast of Spain, makes it the ideal location for producing the highest quality Tigernuts.

Tigernuts are growing from end of April until September. Tigernuts plant dries during September / October and is ready for being harvested in November / December.

During the months of December to March, the Tigernuts are harvested. This is a very slow process, where everything is done to not harm the tuber. 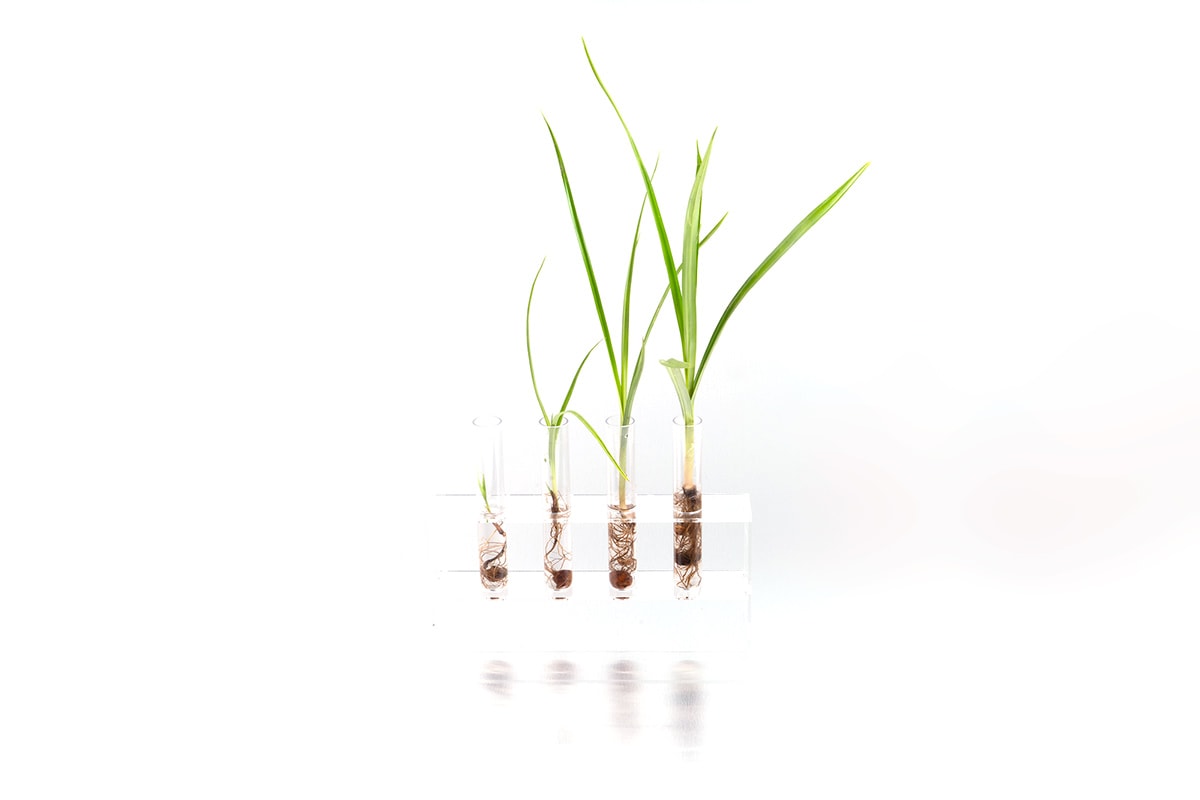 Immediately after harvest, the Tigernuts are washed with water in order to remove any sand and small stones.

Once the Tigernuts have been cleaned, they are dried out in order to preserve them. This is a natural process that requires 3 months. Temperature and humidity levels are carefully monitored during this period. The Tigernuts are turned over every day to ensure uniform drying.

Only the highest quality Tigernuts are selected for sale. Small and damaged Tigernuts are removed by an automatic process before packaging.

NUTRITIONAL ANALYSIS OF THE TIGERNUTS

Tigernuts can be stocked before use without losing any of their unique properties for up to 2 years after purchase. It is important, however, that they be stored in a properly ventilated area (if possible, next to a window) and that in summertime and during hot spells, you remove the plastic that they are wrapped in during haulage. 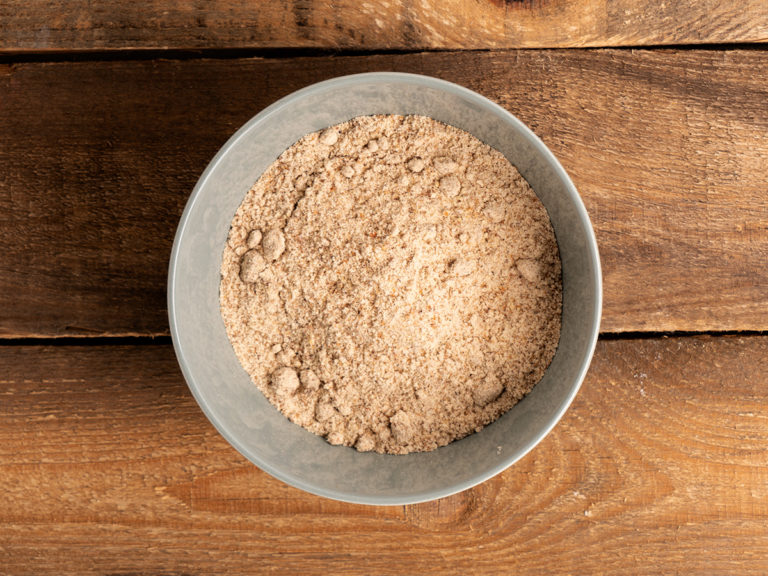 Tigernut flour has a unique sweet taste, which we found ideal for different uses … 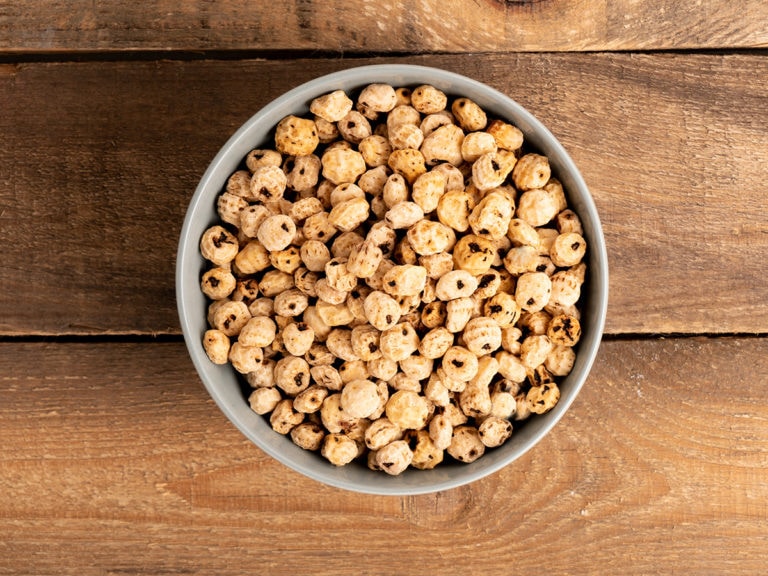 After years of research and develpment, we have managed to peel the tigernuts … 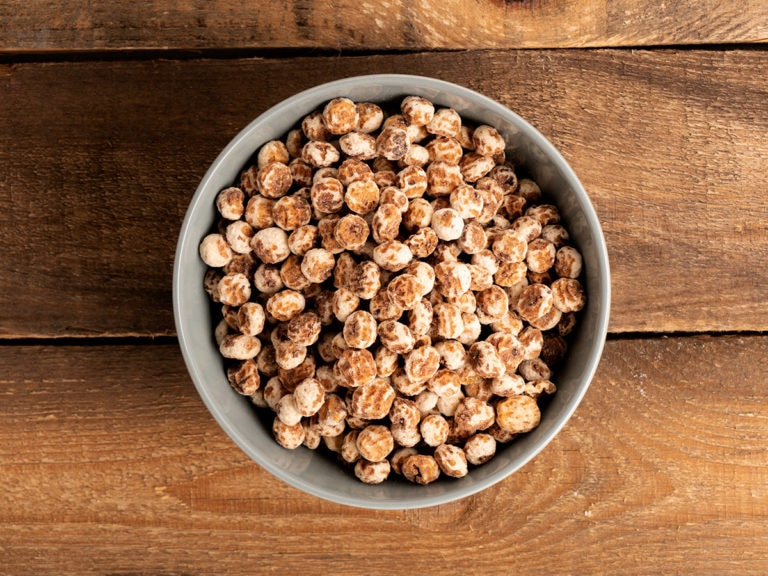 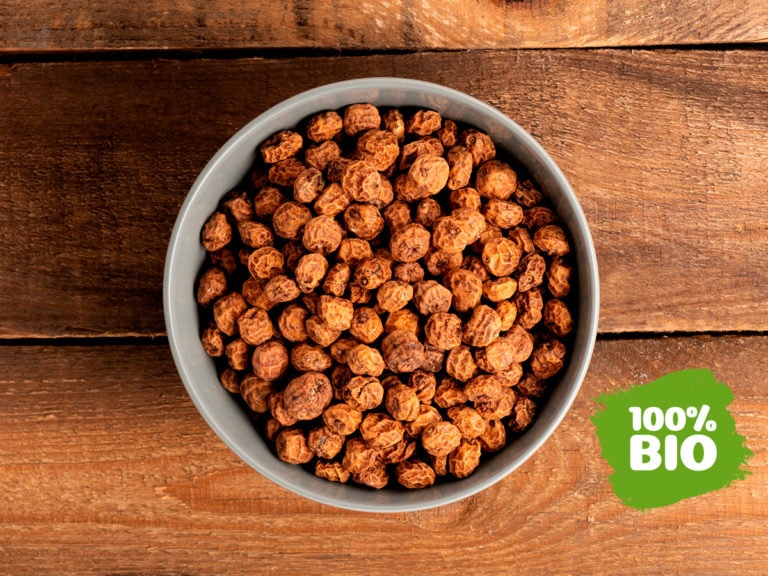 Our Tigernuts are 100% organic grown and certified …